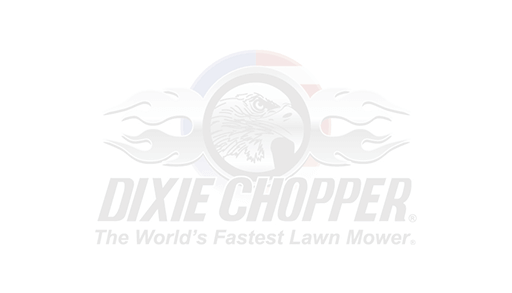 “The majority of the terrain I mowed was pretty bumpy because it was basically a grassy parking lot,” Kean said. “In some areas, the grass was over 12 inches high and Guinness required that I cut at least 4 centimeters off the grass.”

To ensure speed and productivity, Kean had access to a second XCaliber 3574 when one mower needed to be serviced or refuelled. In order to see throughout the night, Kean had special LED lights added to the XCalibers. Kean also had to continue through the record attempt in extreme heat and rain.

“During the night, it began to lightning all around us but luckily it was way off into the distance,” Kean said. “I was happy that it only rained early in the morning for about an hour, it would have been difficult to mow for most of the 24 hours in the rain.”

Per Guinness World Record requirements, Dixie Chopper hired two adjudicators, which had no affiliation to the company, to stay the entire 24 hour period to make sure Kean mowed using the appropriate equipment. Dixie Chopper was also required to hire a local land surveyor to measure the exact amount of acreage mowed.

Following the record competition, the Dixie Chopper team and local media celebrated with a small reception and interview session. There, Kean explained the trials of mowing continuously for 24 hours and answered questions from the local media.

“While my back was a little sore, this was a great experience and it’s a pretty good feeling to know that I set a Guinness World Record,” Kean said.

About Dixie Chopper
Working in his barn near Greencastle, Indiana, Art Evans knew there had to be a better way, and in the year 1980 the first Dixie Chopper was born. Little did anyone know that he would lead the way to revolutionizing the entire lawn and garden industry by providing the first zero-turn lawn mowers built specifically for commercial mowing contractors.

Today Dixie Chopper continues to lead the industry in innovation and quality. Still family owned and operated, Evans remains active as the company’s Chairman, but you won’t find him sitting at a desk at Dixie Chopper headquarters (which is still located on the original property). He spends his days in the company’s Research and Development department where he continues to provide ideas and inspiration to the Dixie Chopper engineering staff and manufacturing team.

Known as “the World’s Fastest Lawn Mower,” Dixie Chopper mowers are about much more than being fast. The company prides itself on providing quality and reliability in addition to speed. “It’s not enough to just be fast,” Evans states. “We need to be the best. We want to produce a mower that has many years of useable life left after it is paid for.”

To learn more about Dixie Chopper and view the complete lineup of zero-turn lawn mowers, visit the company’s website at www.dixiechopper.com.